We ask Gattaldo, the author and illustrator of the children's book 'Fearless, The Story of Daphne Caruana Galizia' and creator of this website about his friendship with the Maltese journalist and why he decided to write the book. 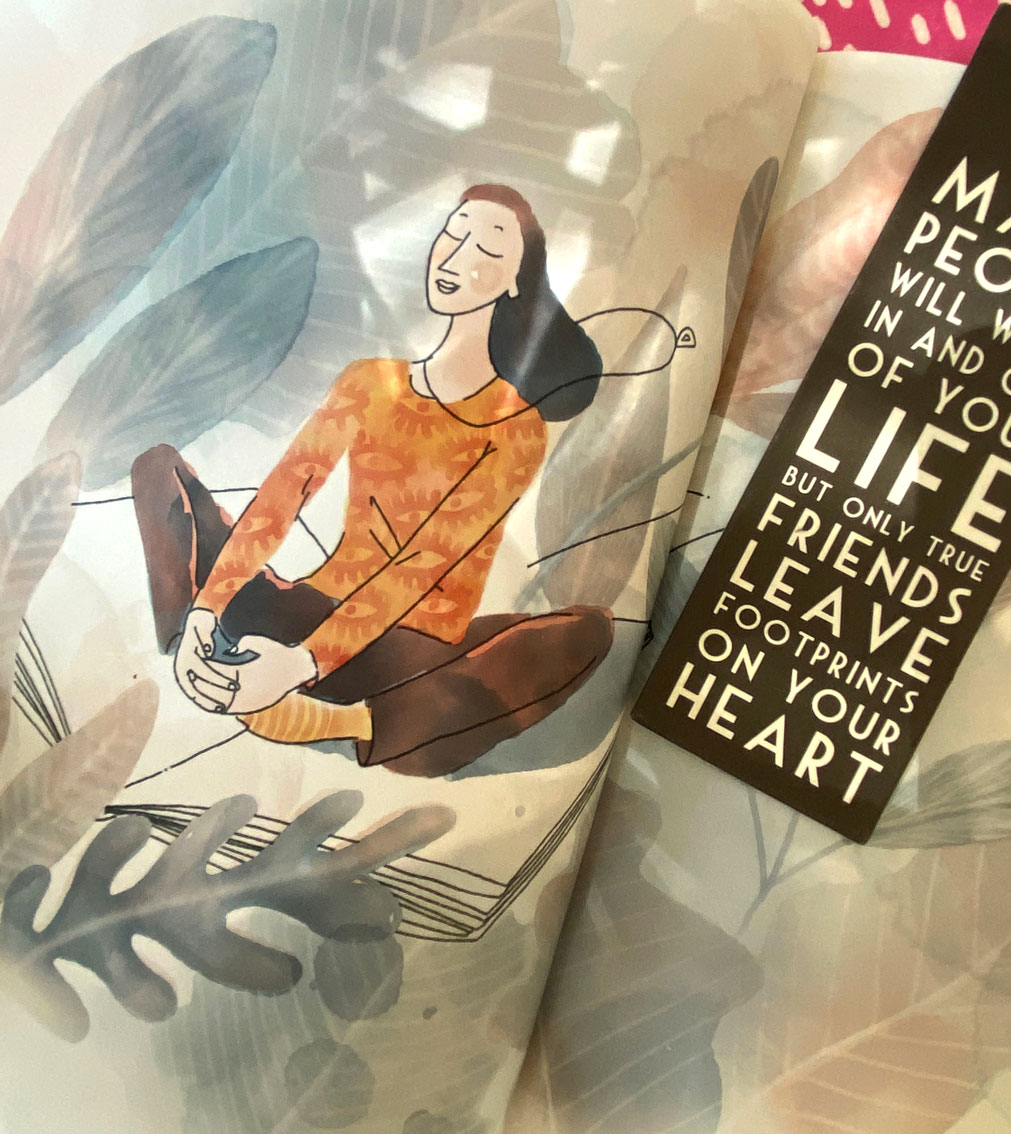 This is your first children's book. How did you fall into writing and illustration?

It's rather late in my life that I decided to put my energy into a picture book but it feels like I have been planning all along for it.

I studied art and design and was then lucky to be paid for the things I enjoyed doing. I came up with ideas for advertising and photography, and worked alongside some very creative people.

Illustration is a combination of drawing and storytelling. Working in advertising taught me how to tell stories better.

What sparked the idea for 'Fearless'?

I was flying to Malta to visit my family when my friend Daphne was killed. It was sad and confusing time for me. Spending time with my family helped me cope.

I was reading a book to my little niece and nephew. They had heard me talking to their mum about my friend and they wanted to know more.

I told them Daphne's story, how she had used writing to fight for what she believed in. Their enthusiasm made me think of ways I could illustrate her life story in a book for them to keep, We've always shared a love for books. 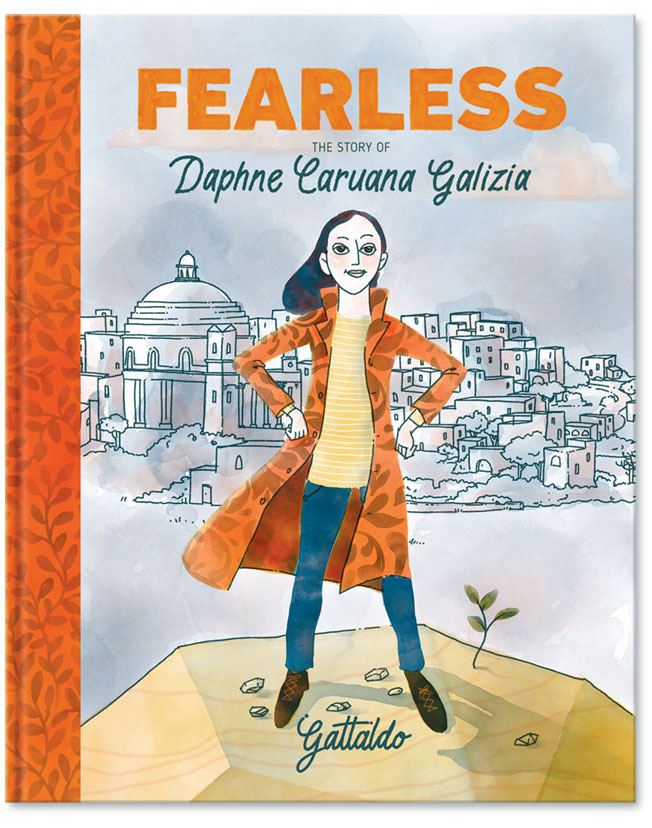 Why do you think the life story of an investigative journalist would interest children?

Books about investigators are very popular with boys and girls. Investigation and exploration capture children's imagination because that is how they go about discovering the world we live in.

Journalists are the most important investigators because they protect our freedom. We think of ourselves as free to choose. Our freedom depends on choice but what use is choice without information?

For instance, if you were asked to choose between two identical bags without knowing what each one contains, it's not really a choice.

Journalists are the ones whose job it is to tell us what is in each of those bags. They are the ones to hold politicians to account, asking them difficult questions and investigating what is not in view.

Your friendship with Daphne started with a letter. Why did you feel the need to write to her in the first place?

Do you mean letter, as in that ancient means of communication, like a slow text message with swirly writing?

Yes, that is how we became friends. I wrote the first letter to say I loved her weekly column on the newspaper. It was as simple as that. I did not expect Daphne to write back but she did. Letter followed letter and, in due course, I got the opportunity to meet Daphne and her family in person.

What do you miss most about Daphne?

What we had in common is we both questioned things. Although she was only three years older than me, she was to some extent my mentor. I looked up to her. She was assertive and wouldn't take any nonsense from anyone, yet she was also gentle in person. She had a sharp sense of humour, a love for beautiful things and cuisine. I miss the anomaly that she was. I also miss our meals together. She always knew the best places to eat. 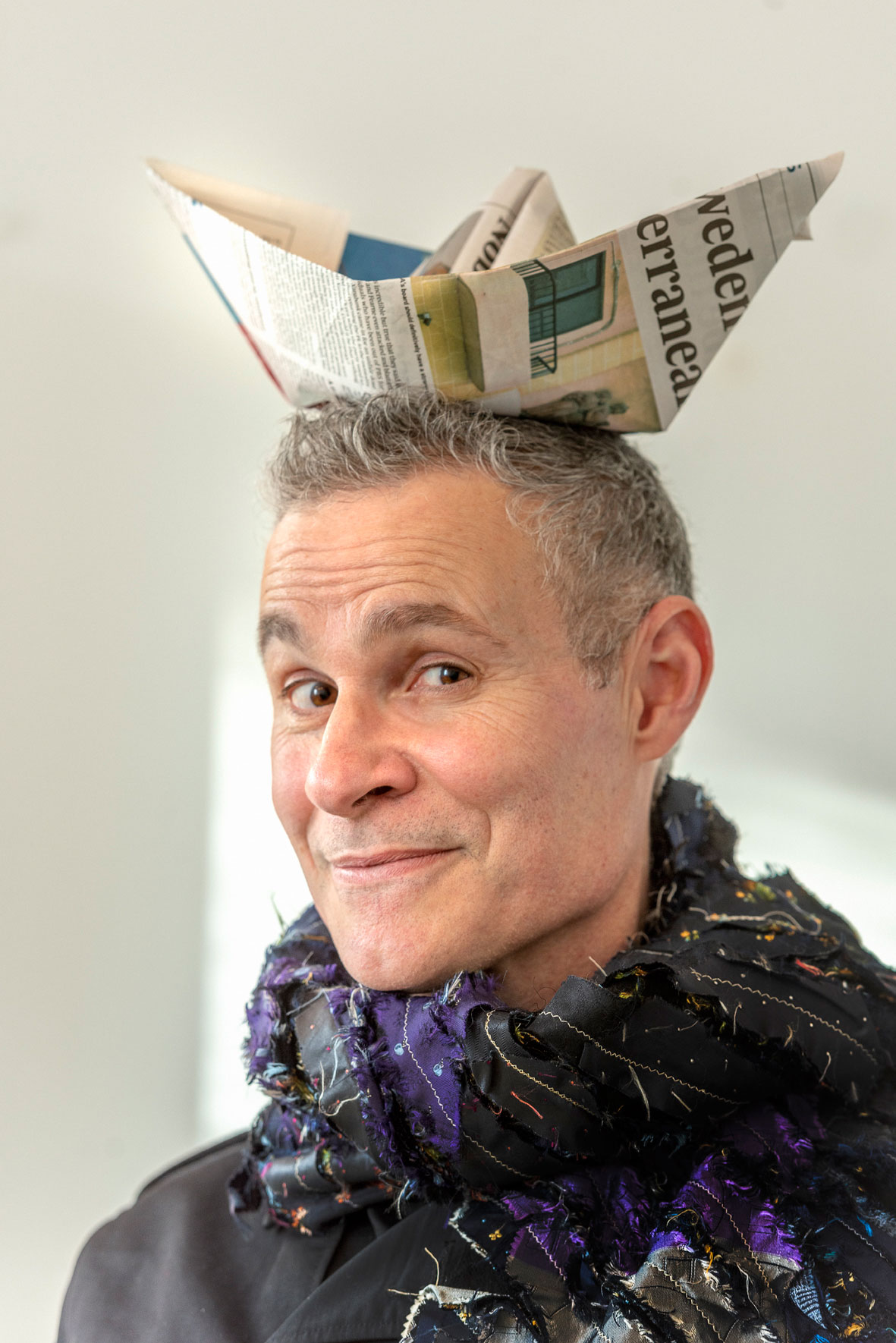 You were born on Malta. Tell us a little about the islands.

Malta's position in the centre of the Mediterranean has been both its blessing and its curse. Since the start, every foreign power, every king, every emperor wanted to own it and so they did. Each one of them brought their own ideas, their own inventions. Every time a new leader appeared, the locals would have no choice but to bow to their new master.

Malta became independent 56 years ago, and now it has its own government and parliament.

I grew up near the sea and that is the thing I miss most. My family spent each Summer in a tent right on the beach. I was as dark as a chestnut for most of my childhood.

What advice would you give to your younger self?

I was bullied at secondary school. I don't think I would know what to say to that determined school boy who shut himself in the cupboard to cry and yet never surrendered just to fit in. I think I would hug and hold my younger self just so that he knows it'll turn out fine in the end.

The time we live in is both exciting and scary. Technology and medicine are evolving faster than we can keep up with.

We all must learn quickly how to avoid falling for the misinformation. This website is meant to be a channel for both parents and children to appreciate what good journalism brings to the table and to learn together.

I am working on a series of portrait illustrations of journalists who have changed the world in some way or form for the good. In celebration of their work, the illustrations are presented as commemorative stamps. I'm hoping to have a travelling exhibition with the works and an accompanying book.

'Fearless, The Story of Daphne Caruana Galizia' is out in hardback in October published by Otter-Barry Books. To pre-order the book and receive a free limited edition signed print visit our shop.

Write to us and tell us what you think about this article.